Termites cause over a billion dollars in damage every year nationwide. This means that termite infestation costs more than hurricane, tornado and windstorm damage combined. However, termites often go unnoticed until the damage has already been done. Give us a call today to protect your home against these underground invaders!

Termites will “swarm” in the spring as the weather warms. This is when the reproductive swarmers in the termite colony leave their existing colony to start a new colony location. Often you will notice them coming from cracks in the walls, baseboards, under windows, etc… A tell-tale sign of termite swarmers is that they will shed their wings.

Often termite swarmers look very similar to flying ants. However there are a few key ways to determine if you’re dealing with ants or termites.

In the Hampton Roads area, we have subterranean termites. Subterranean termites live under ground and dig tunnels which they use to forage for food, which in their case is anything cellulose (i.e. usually wood or paper). Since residential homes are made of wood, it is obviously problematic when termites are in the area!  Signs of subterranean termites include the ‘swarming period’ during which termite swarmers fly from their colony to build new ones. Termites feeding on wood can often cause the wood to crack. This cracking is most often noticed by homeowners around baseboards and widow-sills. Anywhere that is low to the earth and prone to moisture are potential hotspots. Additional signs include shelter tubes or tunnels that are composed of mud and can usually be found on walls, chimneys, joists, piers, plumbing and additional fixtures. Termites build these tubes to protect themselves against the elements and provide moisture that they need to survive. Underground, subterranean termites can forage for over the length of a football field in search of food! This means that if your neighbors, neighbors, neighbor has termites…you could too!

When treating for termites there are essentially two main options:

While there are pros and cons to both, there are situations where we recommend using one over the other.

Let’s examine each in more detail:

When baiting for termites, the common misconception is that the baits will attract termites. (After all, isn’t that what we’re trying to avoid??). Actually, there is no known way to attract termites. Once termites have tasted a food source, they send a pheromone back via the tunnels to the rest of the colony signaling that food is present. They pass this signal via touch, from one termite to the other. Baiting works by using that attribute of the termites against them. Once the termites find the bait stations (which are placed in even intervals around the perimeter of your home), the termites feed on the bait. Studies have even shown that termites prefer the bait found in Sentricon® 10x over regular wood! This means that the termites will feed on the Sentricon® bait and then begin to pass the pheromone back to the colony that good food has been found. Only this time, they are unknowingly passing a chemical back from termite to termite. This chemical is undetectable to the termites, meaning they do not know that they have become infected.

By design, the chemical in the Sentricon® bait station is a slow acting chemical and works by slowly drying out the termite so they cannot molt. The slow acting nature of the bait is key, because by the time the colony begins to sense something is wrong…the queen has already been infected. Once the queen dies, the colony collapses. 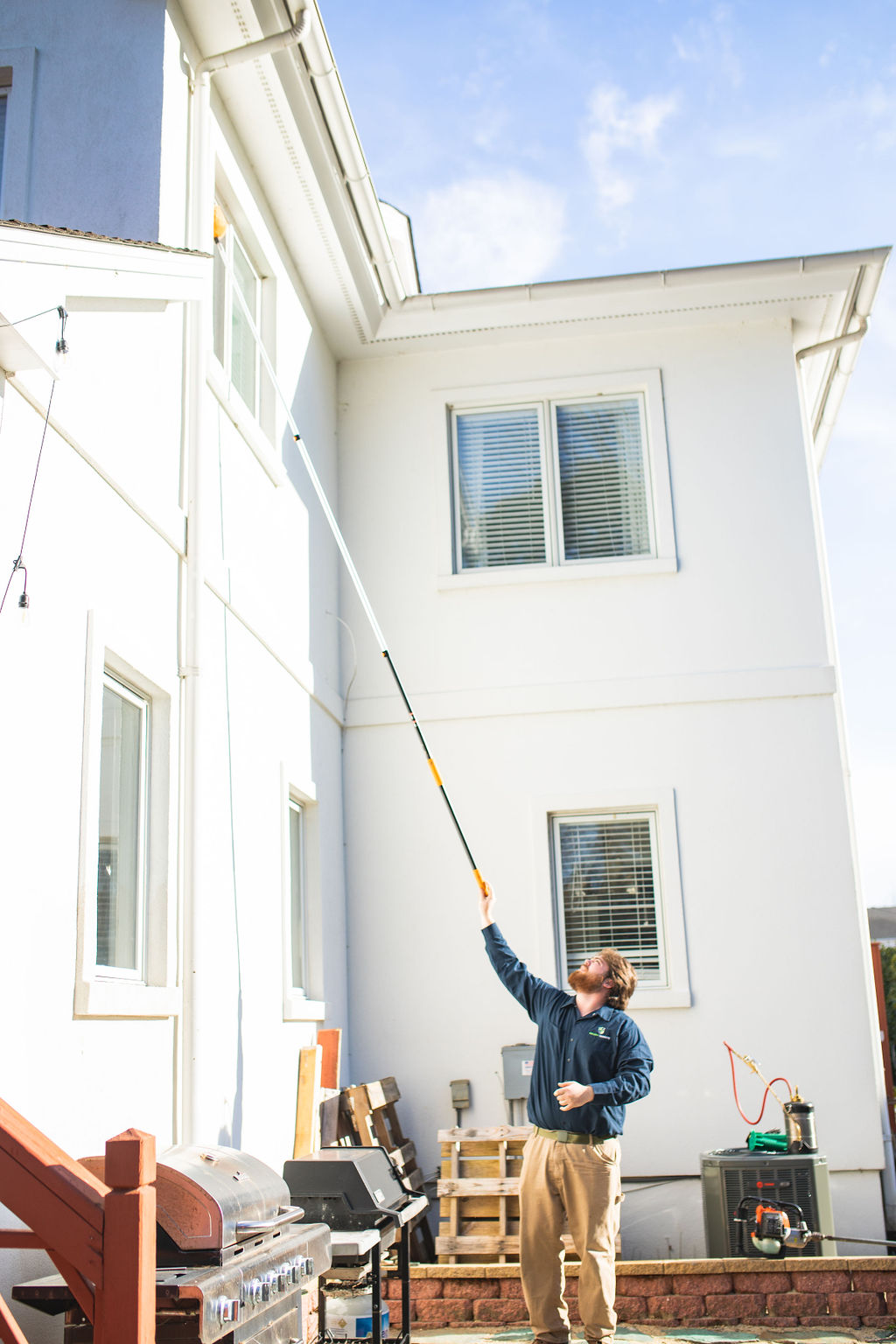 At Talent Termite, we only use Termidor® HE on our liquid treatments. This chemical is a non-repellant, meaning that it is undetectable to termites. The treatment is performed by digging a 6” x 6” trench around the perimeter of the structure being protected, and drilling at 18” intervals when unable to dig. (i.e. around sidewalks, garages, etc…). Termidor® HE is then injected into the soil from a truck mounted pump at an even rate around the perimeter of the property. The goal is to get an even treatment around the property so that there is a continuous chemical barrier between the structure and the soil. When termites come into contact with this barrier, they become infected, and much like the baiting solution, any other termite they come into contact with also becomes infected.

Nothing's more valuable than your home and the people in it. Call today to book a service and ensure your home remains a safe space for your family by using our pest control services in Hampton Roads.